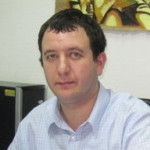 This is a continuation of the discussion of Flash SSD Power Failure Corruption Prevention, Recovery and Test

During the typical drive operation, data is accessed by the host through either a read or write command to the memory system. The write command for Flash memory actually consists of two separate actions, an erase and subsequent program.

If a power disruption occurs during a read command, then there is no direct disturbance to the stored information, except for the unlikely occurrence of the Read disturb phenomenon, and the host system can typically re-execute the last command without any issues after a system reset and recovery routine.

In the second case, If the power disturbance occurs during an erase command execution, the block being erased might not get erased fully, and during the subsequent program of this block would exhibit a program error forcing the host to reissue the same program command to a different address location. Aside from a repeat command execution, a power disturbance during an erase command would not harm the solid state drive. A side note that in the erase command scenario, while the data corruption will not affect any useful data, the corrupted block will most likely be retired as a bad block after a subsequent program failure will occur with this memory block.

Please contact Fortasa for any information about power failure prevention of our Flash storage products.