Solid-state drives (SSDs) are a type of data storage device that use a non-volatile semiconductor-based memory, such as a flash memory, to store data. As market demand for high capacity storage drives higher and higher SSD capacity, performance demands increase respectively. To achieve an increase in SSD performance, multiple storage components need to be addressed simultaneously, increasing the power usage by the SSD. At the same time, the physical size requirements of the SSD generally stay the same or become even smaller.

When SSDs are subjected to sustained workloads from peak performance sequential writes over a long period of time, the drives tend to internally heat up. If and when the SSD temperature exceeds that of the rated operating conditions, the NAND Flash components start to "leak" electrons and data errors are very likely to occur. In addition, to compound the problem, SSDs used in industrial applications must be able to tolerate higher ambient temperatures, which naturally hinders heat dissipation. This temperature increase can potentially put data stored on the SSD at the risk of being corrupted and hardware components in danger of being permanently damaged, both of which, naturally, lead to significant reduction in the life expectancy of the drive.

Here is a chart for SSD continuous operation without any cooling techniques. 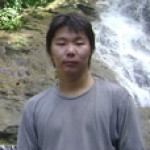 Oftentimes Industrial and Military equipment manufacturers are keenly focused on data protection and keeping stored information away from unauthorized users. They require a feature that can delete all the stored data on the SSD in the most quickest way. While conventional, off the shelf, HDDs only offer command set that is compliant with the ATA command standard, Industrial SSD have the flexibility to create any "vendor specific", unique command that can perform any custom task.

There are multiple ways that this feature could be implemented.  The simplest approach is by using a standard ATA Secure Erase command. Executing the command causes an SSD to transparently erase all user data. When this command is executed, all user data and the data management table will be overwritten and could be permanently retrieved. The amount of time that it takes to carry out this function is dependent on the size of the drive. For example, to carry out this function on a 512GB drive will take approximately 20 seconds.

Oftentimes Industrial and Military equipment manufacturers are keenly focused on data protection and keeping stored information away from unauthorized users. They require a feature that can delete all the stored data on the SSD in the most quickest way. While conventional, off the shelf, HDDs only offer command set that is compliant with the ATA command standard, Industrial SSD have the flexibility to create any "vendor specific", unique command that can perform any custom task.

There are multiple ways that this feature could be implemented.  One of the quickest SSD erase methods is by using a Quick Erase command. All physical memory blocks of the Flash Memory are categorized into either User Blocks, Spare Blocks or System Blocks. Most of the physical blocks are in the User Blocks category, where the host has read and write access and can store various types of files. Since it is extremely time-consuming to erase all the physical blocks, a Quick Erase function was developed for cases when there a quick drive erasure is required in a shortest amount of time. Fortasa Quick Erase command implementation overwrites the FAT table and the MBR (Master Boot Record). With the MBR and FAT table erased, the drive appears as uninitialized and mapping links between LBA and physical blocks are erased. In order to access the drive, full reinitialization and FAT table rebuild are necessary.

One of the most memorable phrases that my mother used when I was growing up was - "Don't trust the book by it's cover !". This was meant for me to look beyond the flashy advertisement and glorified promotional specs and really understand the value and the promise the product or relationship had. The same proverb could be well used to warn the prospective customer about the Industrial SSD products.

A customer is typically barraged by multiple factors when evaluating an Industrial Solid State Drive purchase. The price point, cost per gigabyte, data transfer and IOPS speeds and type of NAND flash memory used are all vitally important when assessing the value of an SSD drive. However, there is one item typically business customers frequently take for granted during the evaluation  process: the bill of materials. It's not surprising why this checklist would not get more than a cursory check. After all, it is common sense that manufacturers should be using the best materials and components when producing the end products. In addition, any sale production should put a major focus of product quality and consistency of operation. This, unfortunately, is not always the case.

At the lowest level, the bill of materials is nothing more than a list of the approved subsystems and components that make up a larger product. End users may not feel that this is of importance and should not be concerned with this kind of minor detail, but issues with a product's BoM can directly affect its performance and reliability.